How to Prepare for a Major Table Tennis Tournament?

Participating in major table tennis tournaments is always a daunting and turbulent experience for all table tennis players, regardless of their tournament exposure, experiences, and skill level. For one, competing and playing against an opponent in a massive audience and unfamiliar setting can be very stressful, especially if the audience is rooting for the opposing side. Secondly, there is also this tendency for table tennis players, which I do believe also happens to any other sports enthusiasts engaging in tournaments, to reckon and ideate supposed embarrassing moments in front of everybody else. This usually causes the feeding of negativity within the players that usually is also the cause of detriment of the players’ performance.

Having the said premise, it is, first and foremost, essential to know how you can maintain your composure during the tournament days proper. We can dwell on the more technical and practical matters later.

External factors such as knowing how good your opponents are, how important the tournament is, how big the audience number is, can all be stress and anxiety inducers during the tournament. But what is more important to know is that they are not the causes; they are merely sources. Nervousness and self-anxiety is always caused by our inner response to the external factors. This means that you yourself is the one responsible for all the stress. And this also means that you have the capability to change it yourself. But, how so?

Here are a few tips to maintain your composure under stressful circumstances in the tournament:

Allowing your mind to wander about how the future will unfold, or drift back to the past, will only increase your nervousness. You have to master the art of focusing in the present if you want to stay composed during your games. Learn also to recognize instances when you lose your train of focus and become indulged with the instinctive drift of thinking about the future or past again, and just try to focus back.

Do not allow your focus to drift to anyone or anything else apart from your playing style and strategies, especially about expectancies of your teammates, coaches, audience assumptions, for doing so would, again, make you feel more stressed and nervous.

While it is good to have goals set, focusing on these outcome goals during game time will only pressure you more. Leave them at home.

Now that you know how to combat the number 1 potential toxic of your performance in tournaments, we can further discuss about the things to expect, to remember, to do, and not to do during the table tennis tournament proper itself.

A couple of days prior to the tournament:

Tournament day, before your respective match: 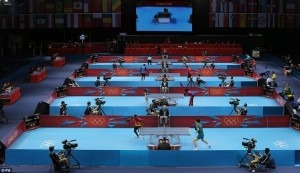 Tournament day, during your match: 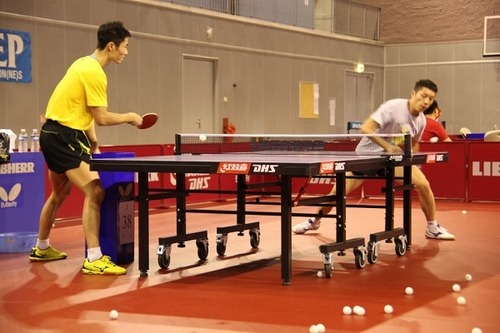 Preparations for major table tennis tournaments become handy with mental and practical substances, but it is never complete without the technical stuffs.

The most obvious aspect to dwell on before participating in a table tennis tournament, regardless whether it is a major one or not, is training. Apparently, to be able to play at a competitive level demands strict and formal training sessions. You have to ensure that you have had a well-balanced training comprising of hitting quality shots against different styles of players, considerable amount of physical training, and service practices. If your training partner is varied, you will eventually adapt faster to any styles of play.

Next comes strategy. Devising a strategic and tactical plan to outlast your opponents, especially against opponents with relatively the same level as you are, is essential to winning.

The prime action to take is observing your opponent’s play style. Dwell deeper about his/her service manner, service receptions, strengths and weaknesses, agility, and attitude towards the game. Then, determine and assess his play style. Is he a looper or spinner, a blocker or a defensive player, a penholder, or a power player. 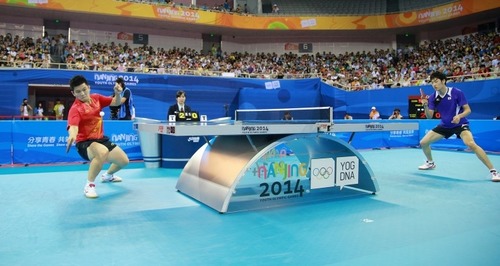 Preparing for a table tennis tournament can be a lot more tedious than it seems. It does not only involve practical preparations such as rigorous training, equipment preparation, and technical composition such as strategy devising against various types of opponents; it comes with trying to maintain mental stability during games. Make sure you conquer the internal battle within you first before you actually battle against other competing players. 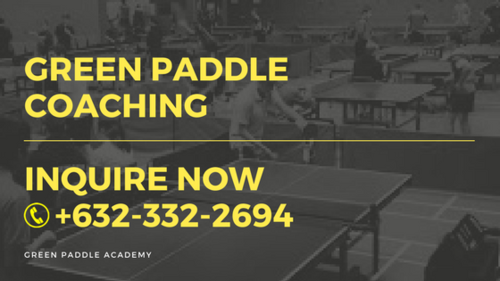 This is so practical and will help me a lot