Different Kinds of Table Tennis Rubbers: Which One Should I Choose?

Whether you are a beginner or an advanced player or someone who is just starting to take an interest in table tennis, chances are you have already seen and tried browsing through table tennis equipment brochures and ever wondered, with so many rubbers to choose from, how and what do you choose? To some, rubber descriptions and ratings written on the packaging might make sense, but to many, probably not. So, how do you really differentiate table tennis rubbers from one another? 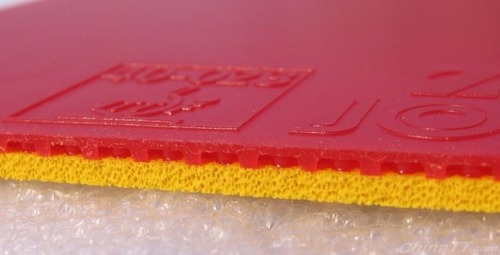 Table tennis rubbers usually come pre-assembled and are made up of two components: the top sheet on the surface and the rubber sponge underneath it. The top sheet is the material that grips and makes direct contact with the ball while the rubber sponge is one that is directly attached to the blade and acts as a spring that absorbs and catapults that ball out toward where it is directed.

Depending on the thickness and density/hardness of the top sheet and sponge, together they contribute to the overall spin, speed and control of the ball.

When the rubber is hard, that is to say when the level of density is high, it is less likely that the ball will sink deep into the rubber. This means that upon contact of the ball onto a hard rubber, the ball just bounces off it right away and so the contact time or what is termed ‘dwell time’ between them is shortened. It is safe to say then that hard rubbers propel the ball faster but generate less spin and control than the soft ones. Soft rubbers tend to slow the ball down due to longer dwell time but can produce more spin and control on the ball. 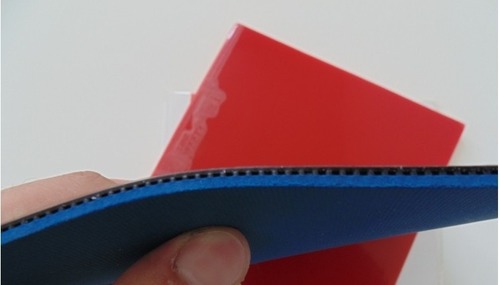 When we talk about thickness on the other hand, rubbers that have thick sponges tend to be springier than the ones with thin sponges. Thick rubbers then allow the ball to bounce harder and faster but with less control compared to thin rubbers which produce slower and lesser spin on the ball albeit with a higher level of control.

This is the reason why defensive players (like choppers and blockers) prefer thinner rubbers with sponge thickness that usually ranges from OX (no sponge) to 1.3mm while offensive players (like loopers and spinners) take the thicker ones with rubber thickness that range from 1.8mm to 2.5mm. For all around players, it is advisable to go for rubbers that range from 1.5mm to 1.7mm for these rubbers provide good control and medium speed on the ball.

There are two main kinds of table tennis rubbers and no, they are not the red and the black.

The first kind are the inverted rubbers. These are the most popular and mostly seen kind of rubber. They are called inverted because the rubber pimples, which are present on all top sheets, are facing toward into the sponge of the rubber therefore exposing the smooth side on the surface – the same reason it is also called the pimples-in rubber.

The second kind are the pimpled rubbers. They are called pimpled because the rubber pimples are facing outward from the surface making it the side that directly contacts the ball. These rubbers are also known as the pimples-out rubbers.

Inverted rubbers may be further classified into two types: the sticky or the tacky rubbers and the anti-spin rubbers. Although they are both pimples-in rubber, they are the total opposite of each other when it comes to gripping and generating spin on the ball. 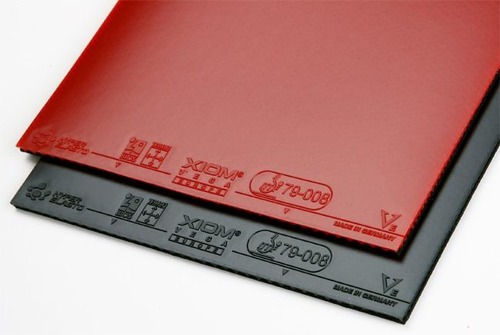 Tacky rubbers are therefore great for looping and spinning. However, one disadvantage of using this kind of rubber is that it is affected by the amount of spin of the opponent. The user has to be able to read the spin of the ball and determine how heavy it would feel upon contact in order to decide on the right angle of the racket and amount of brushing to execute.

Anti-spin rubbers on the other hand do not generate much spin on the ball. This kind of rubber is non-tacky and slippery and therefore does not have much friction. So contrary to what tacky rubbers can do, anti-spin rubbers only neutralize and nullify the spin produced by the opponent and since they are slippery, the ball just slides off and does not grip on it.

Aside from nullifying, anti spin rubbers tend to reverse the spin of the ball and this becomes an advantage as it can confuse the opponent especially because this kind of rubber is not widely used and not a lot of players study how to play against it.

Anti-spin rubbers are good for slowing down the ball (especially when soft sponge is used) but they cannot produce powerful attacks. This is the reason why they are commonly used for the backhand part of the racket and are popular for choppers as anti-spins satisfy the need of choppers for more control.

There are two kinds of pimpled rubbers – the short pips and the long pips. While most players begin playing with pimples-in rubbers, others tend to make a switch to pips-out especially when they are able to develop a playing style suitable for pip 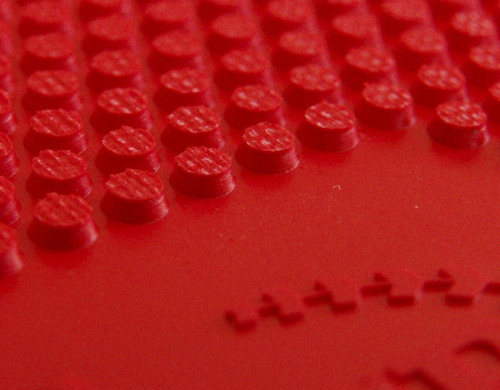 Short pimples-out rubbers, or short pips, have broad and slightly sticky pimples. It works quite the same as the tacky inverted rubber but it does not create much friction and does not grip the ball as much due to the lesser amount of rubber contacting the ball.

While tacky rubbers are good for looping, short pips are great for smashing. It is also easier to counter hit the ball when using short pips as they are not greatly affected by the kind of spin coming to it unlike the tacky rubbers. Furthermore, shorts pips rubbers are good for direct blocking because of their tendency to reduce the impact of the incoming ball spin. And lastly, it is easier to return the service of the opponent with short pips for the same reason why it is good for blocking and just long as the user knows the right angle and how much power to use. 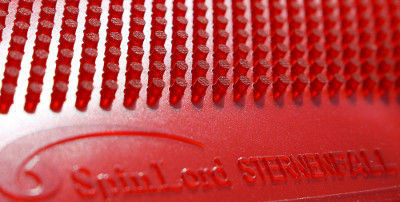 Long pimples-out rubbers, or simply long pips, are the opposite of the short pips rubber when it comes to appearance. Long pips have long and thin pimples and they are mostly used by defensive players as they tend to slow down and reverse the spin on the ball upon contact. One advantage of using a long pips rubber is that it produces unpredictable spins and therefore can cause confusion on the part of the opponent just like an anti-spin rubber.

Earlier it was mentioned that there are rubbers with no sponge at all and this set up is usual for long pips users. Since long pips rubbers are used by defensive players (especially by choppers ad blockers) and defensive players prefer control than speed, long pips rubbers with no sponge or very thin sponge are what they commonly use. Long pips provide good control on the ball regardless of the kind of spin coming to it.

Tips on Choosing Your Rubber